Victoria Park, owned and managed by Malvern Town Council, provides a variety of leisure facilities used by both local residents as well as those who travel from further afield. Its play area is one of the largest in Malvern and is incredibly well used throughout the year.

Recently, the Town Council has been installing new basketball courts at Victoria Park with the new word-class surfacing due to be laid in mid-August ahead of its official opening at the end of that month. The Council will also be looking at the relocation and upgrading of the very popular skatepark facility within the park.

At the heart of Victoria Park is the pavilion. This has, in the past, provided changing facilities for sports teams, a café and public toilets, but it is now in urgent need of upgrading to provide the standard of facilities needed for this “destination” park and to fulfil the requirements of the local community. The current pavilion has sadly become obsolete. Its poor build quality has resulted in ever increasing maintenance costs, its layout is no longer suited to users’ needs and the poor positioning and visibility of and around the building has led to vandalism and antisocial behaviour. The public toilets in particular are very poorly situated, and the constant vandalism has led to problems with keeping them open.

Having agreed that the building was not suitable for refurbishment, Council initially agreed a new single-storey, high-quality, eco-friendly pavilion to include a café, meeting room, sports changing rooms and public toilets, at a cost of £600,000. But last November, Full Council decided to consider a possible larger project with increased scope for community facilities at Victoria Park.

As the concept and design for this building progressed, members of the task and finish group suggested that as part of this new building, the Town Council offices should be moved and incorporated as a second floor to the building.  The Town Council Offices on Belle Vue Terrace are currently not ideally located for members of the public to visit, their relocation to Victoria Park would allow staff to better serve the local community and be on site to manage the park’s leisure facilities. A new building with a café and offices would also provide an onsite presence at the park to help reduce antisocial behaviour, and an eco-friendly building would also help to support the Council’s commitment to reduce its carbon emissions in the long term.

To finance this project, if approved, Councillors will be asked to consider the budget spend and funding options. A total spend for a new pavilion and with offices would be approximately £1.5 million, funded partly by Council reserves, and with a low interest loan which could be reduced by the sale of the Council’s current offices on Belle Vue Terrace.

Malvern Town Council is holding an Extraordinary Meeting on Thursday 29th July at the Eden Centre, Grovewood Road, Malvern at 6pm to consider a Task and Finish group recommendation to replace the existing Victoria Park Pavilion at a cost of £1.5m.

The meeting is open to the public and there will be an opportunity to listen to why Malvern Town Council is considering what is probably its largest investment since its inception. There will also be a chance for members of the public to ask questions. When Council have agreed the scope and budget for the project, there will be a period of public consultation for local residents to make comments on what they would like to see as part of the new building.

Go to our meetings page for the agenda and report

Are you a budding photographer?  If so, here is something for you…

The Mayor of Malvern, Cllr Nick Houghton, is launching a charity calendar photographic competition themed “Abstract Assets” in conjunction with the Beacon Camera Club, to produce a calendar for 2022 featuring assets owned and/or maintained by Malvern Town Council.

The Town Council looks after many interesting and beautiful sites around the Town, some of which you may never have given a second glance to.

The challenge is to take a photograph which is an abstract portrayal of a Malvern Town Council Asset.  The asset may not be easily identifiable from your photograph, but all will become clear when seen alongside a standard photo and description.

The Beacon Camera Club have very kindly offered their services to help with the submission of photos.

We have chosen the following locations for the photographs to be taken:

All profits from the sale of the calendars will be donated to the two charities that the Mayor has chosen to support this year – What Makes You Different, Makes You Beautiful and The Outreach Project.

Please submit your photographs by 11pm on Sunday 19 September and the judging panel will consist of the Mayor Nick Houghton, his consort Sean Austin, the Chairman of Beacon Camera Club Tony McDonnell, Ian Collins of Colcards and Councillors Cynthia Palmer and Peter Smith from the Town Council.

All images should be in landscape format please and no larger than 10 MB.  You may enter up to three images.

The winning images will be featured on the charity calendar for 2022.

We can only accept online entries so please head to the Beacon Camera Club website or use the QR code below, where you will find an online entry form and details on how to upload your digital photo(s).

Malvern Town Council is seeking an outside contractor to provide a self-sufficient catering unit providing hot and cold beverages, confectionary, ice creams and a selection of light snacks such as sandwiches, wraps and toasties.
Applicants must be able to provide a refreshments facility which is open daily for users of the park’s leisure facilities which are regularly used throughout the year.  For details and an application form please contact Lyndsey Davies on 01684 566667 or email ldavies@malvern-tc.org.uk 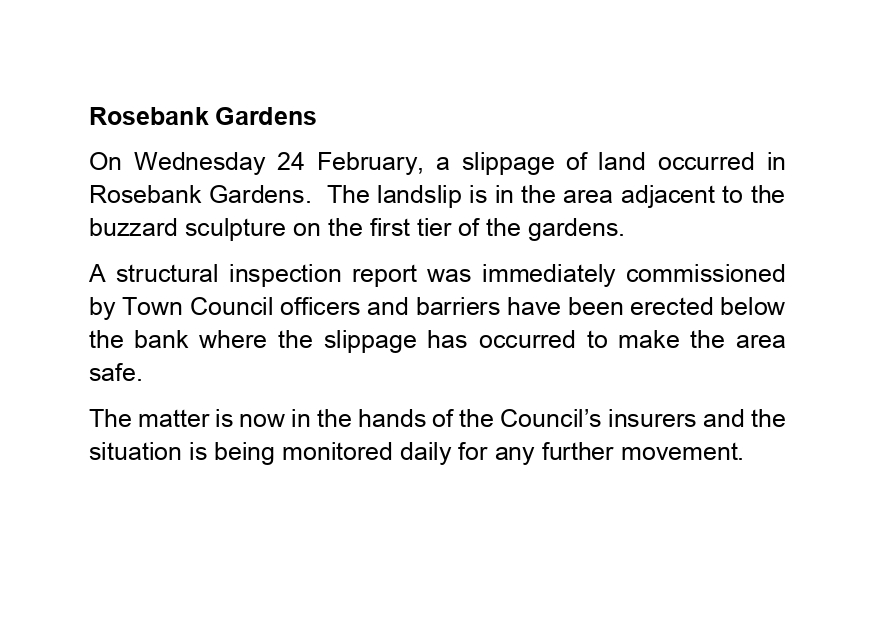